We are up to the eighth week of the Untried A-Z challenge and that brings up to the letter H. What is the Untried A-Z challenge? Well, it's simple really, every other week we share a polish that corresponds with the appropriate letter. You can go be the brand name or polish name, share one polish or more. Really it's just a laid-back way to work through your untried polish and have a little fun doing it. I opted to go in alphabetical order as a way to help narrow down which untried polish to use since I often have a hard time picking out which polish I want to wear. This challenge is open to anyone who wants to participate, and you can do as many or as few prompts as you'd like. Now let's get letter H week started. 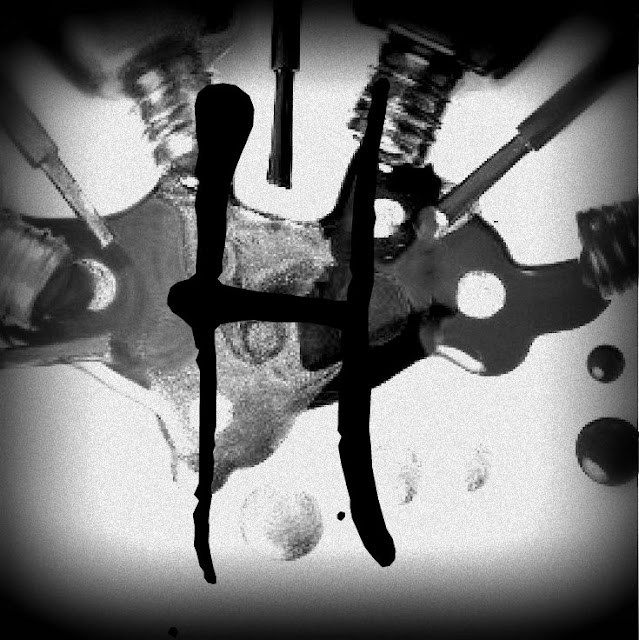 Once again I'm switching things up and sharing more than one polish with you today, in fact, I've got 3 polishes from Milani and two nail art looks for today's post! 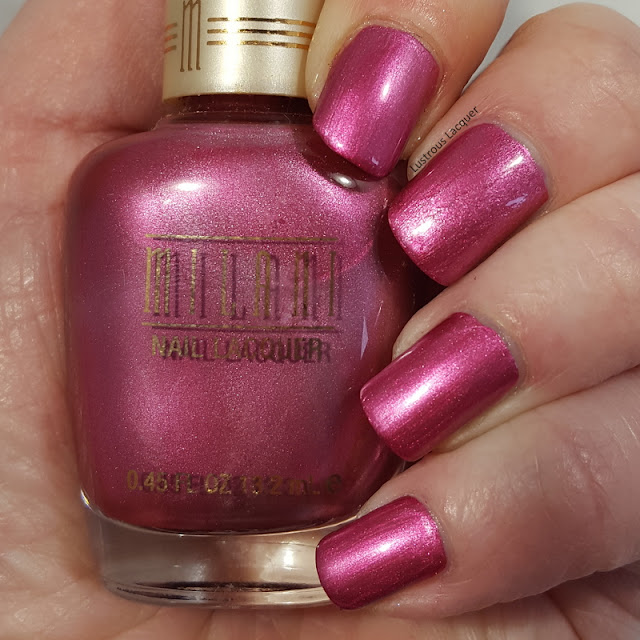 Hot Orchid is a medium pink metallic polish with a subtle silver shimmery micro glitter. This polish was released in 2012 and I believe was part of the core line. 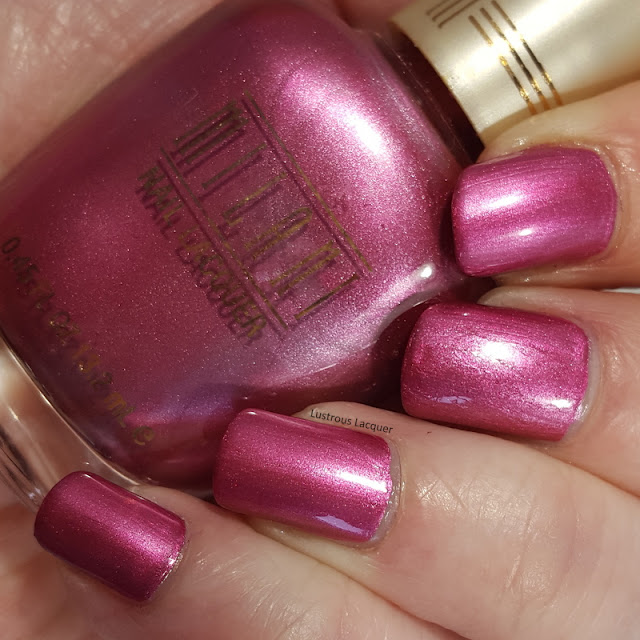 The formula for Hot Orchid has a nice consistency, it applied smoothly and evenly with a nice opacity on the first coat. Shown here is 2 coats plus top coat. 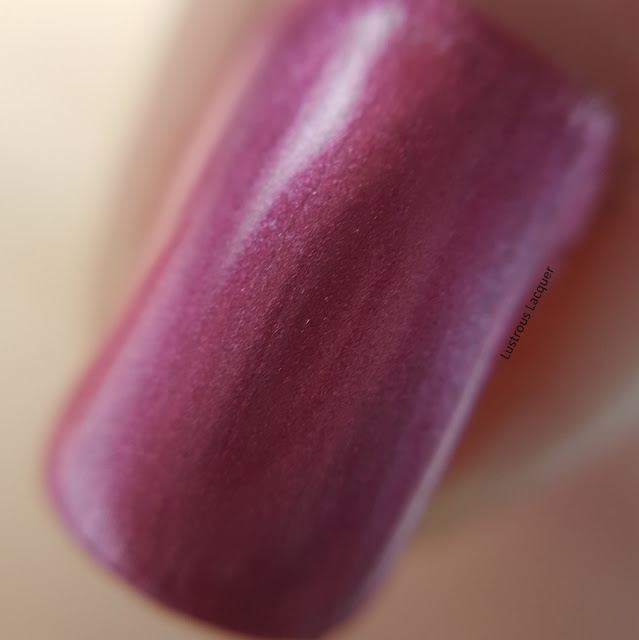 Hot Orchid is a highly pigmented polish but like most metallic polishes suffers from brushstrokes. Thankfully they are minimal and don't distract from the pretty color. You can also avoid the brushstrokes by using the tip I shared in my recent review of the Pastel City Collection from Orly. 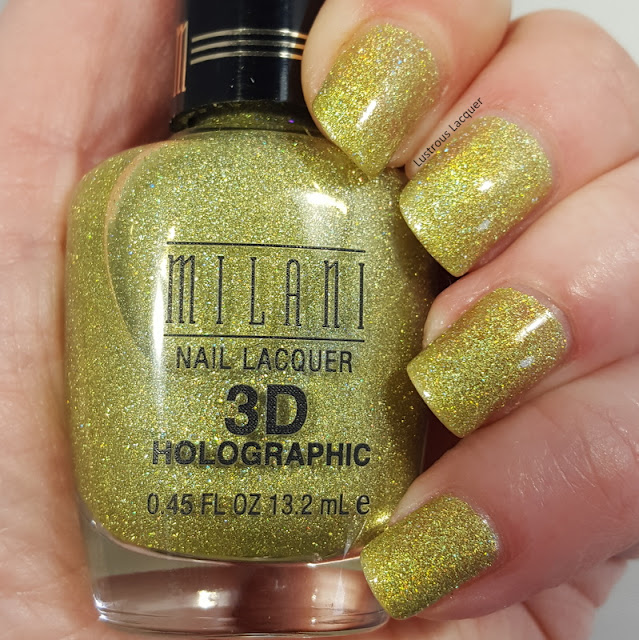 Hi-Tech is a spring green scattered holographic nail polish released in 2012 as part of the 3D Holographic collection. 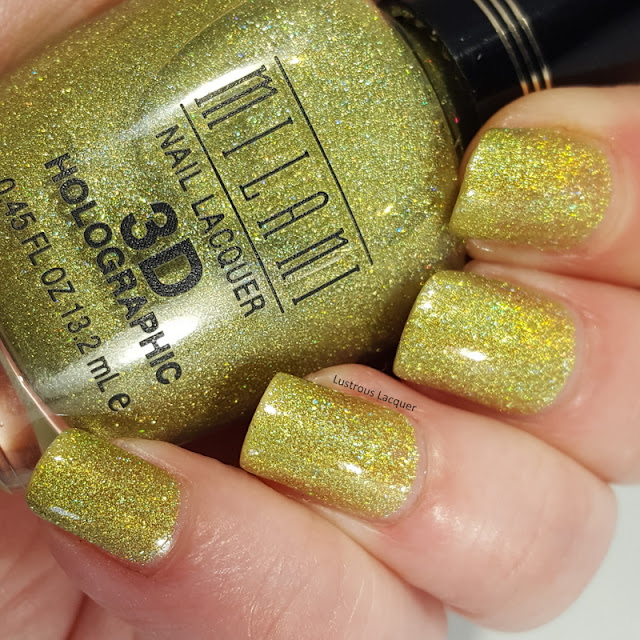 The formula on this is a little thin but applies evenly on the nail. The first coat was a bit on the sheer side but Hi-Tech builds up nicely and full opacity was reached after two coats. Shown here is two coats plus top coat. 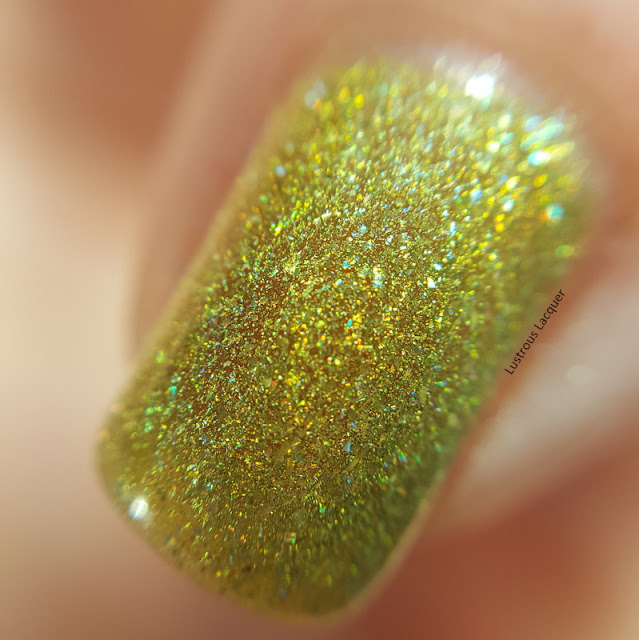 While this polish doesn't have a strong holographic flash it still packs a pretty punch. While I tend to wear more traditional nail polish colors I actually like this one and can see myself wearing it during the warmer months. 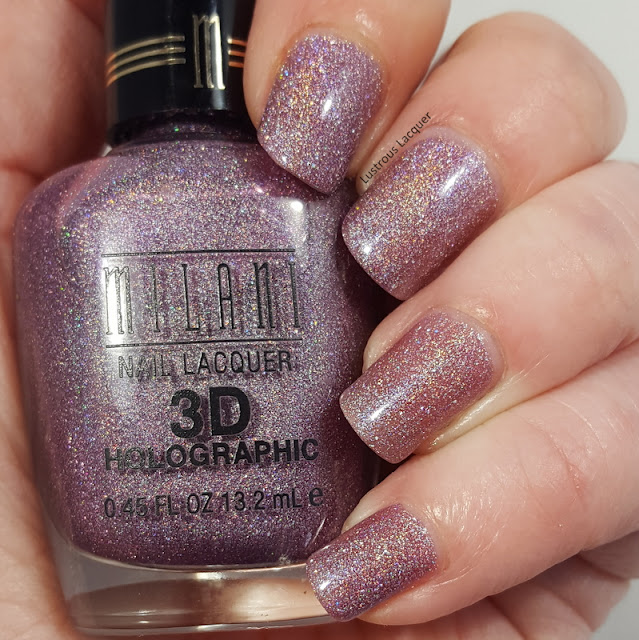 Hi-Res is a lilac purple scattered holographic nail polish. It was also released in 2012 as part of the 3D Holographic collection. 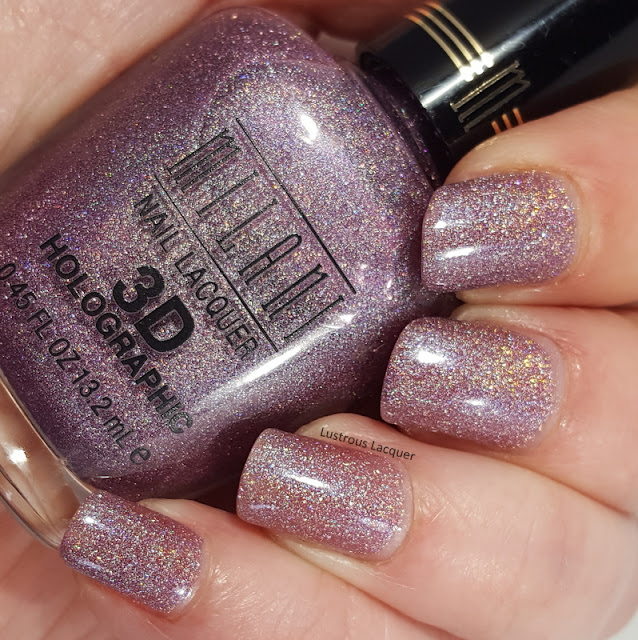 Just like Hi-Tech, Hi-Res has a thin formula but even coverage. Once again I had a sheer first coat but nice buildability. Full opacity was reached after two coats. Shown here is two coats plus top coat. 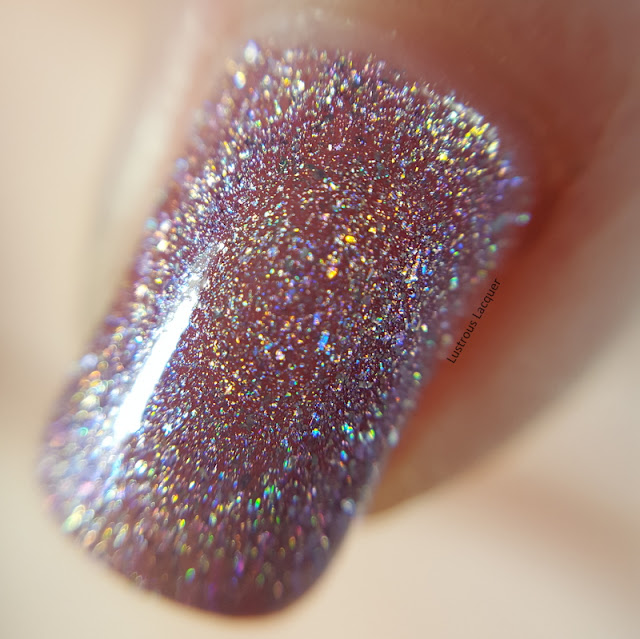 This is a bit light for my personal tastes but I still think its a pretty color. I feel like the holographic flash is just a bit stronger in Hi-Res than it is in Hi-tech but still wouldn't consider it a strong flash.

After swatching these polishes I noticed how nicely they seemed to flow together and wanted to try them out in a gradient. 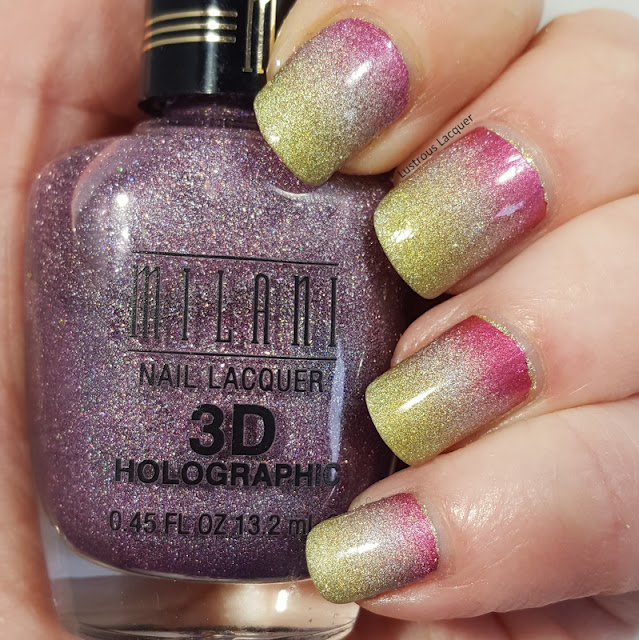 Because of the thinner formula of the holographic polishes the gradient ended up being very subtle. I used Hi-Tech as my base color which caused Hi-Res to look more silver than purple. 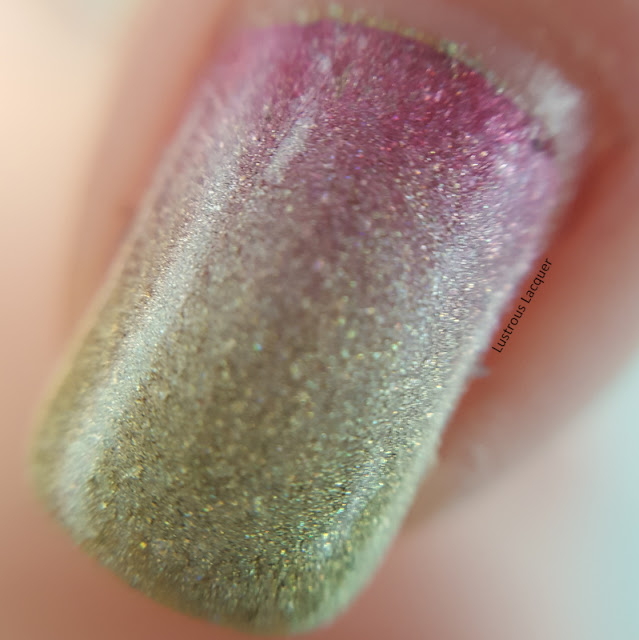 Of course, I couldn't stop there, so I added some stamping using the marble paradise 01 plate from Pueen and Straight Up Black from Bundle Monster. 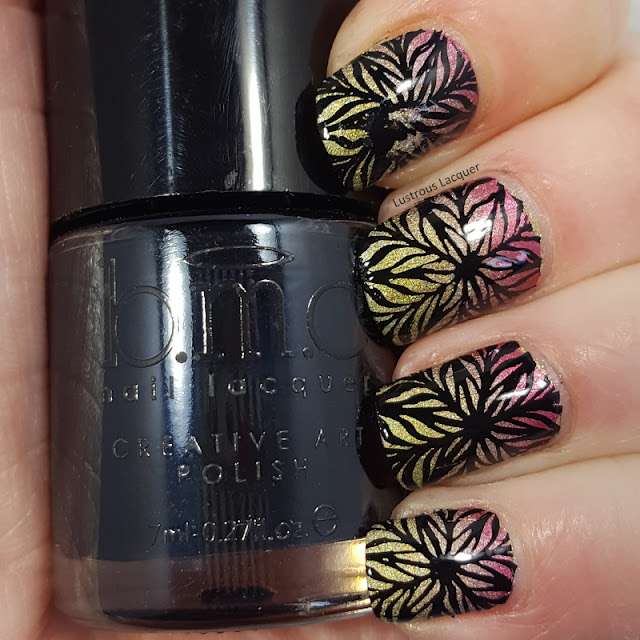 Straight Up Black is an intense stamping polish! It's a bit thicker than my other stamping polishes and I found that I needed to cover more of the image before scraping to get the image fully covered. The messy pointer finger is because I was impatient when taking photos and smudged it rather than a result if the image plate or polish used. 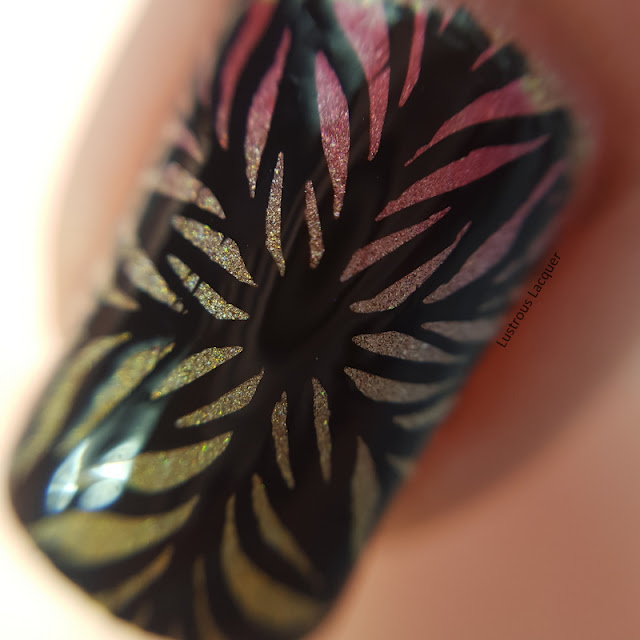 What did you think of my letter H polishes, do you have a favorite? Remember this challenge is open to anyone and everyone so please feel free to join in! Did you review a polish from Heather's Hues this week, feel free to add it to the link up! I'd love to get the word about this challenge out more so others can join. Thanks for stopping by and Happy Polishing!

An InLinkz Link-up
Untried A-Z Challenge
By Lustrous Lacquer at 6:00 AM