Every month the members of Hobby Polish Bloggers or HPB for short pick a theme and do a link up. This months theme is Neons and we were allowed complete creativity for these manicures. As soon as I heard the theme I knew I wanted to do a take on the nail art I did over Fickle Fairy Potions Hopelessly Devoted. Unfortunately the longer I had to think about the idea the less confident I became. So I took to my Facebook page to ask for opinions.

I originally wanted a black base for this manicure but I knew that the neon would pop better over white. After putting it to a vote on Facebook, a white base had won and I went with it. But I still wanted to know how it would look over black and had to include it on one nail. This is what I came up with. 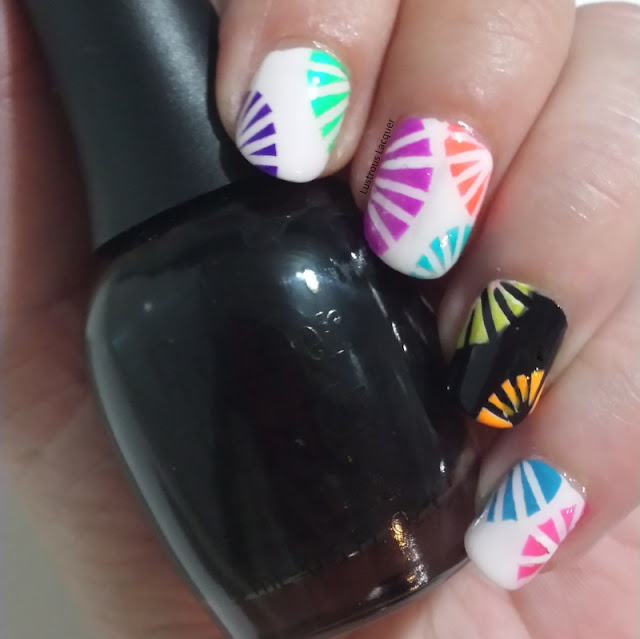 I used 11 polishes and some striping tape to create this manicure. It took almost 4 hours to do because of all the dry time needed. Looking at it now I wish I would have gone with my original idea and just used a black base but the white isn't bad. 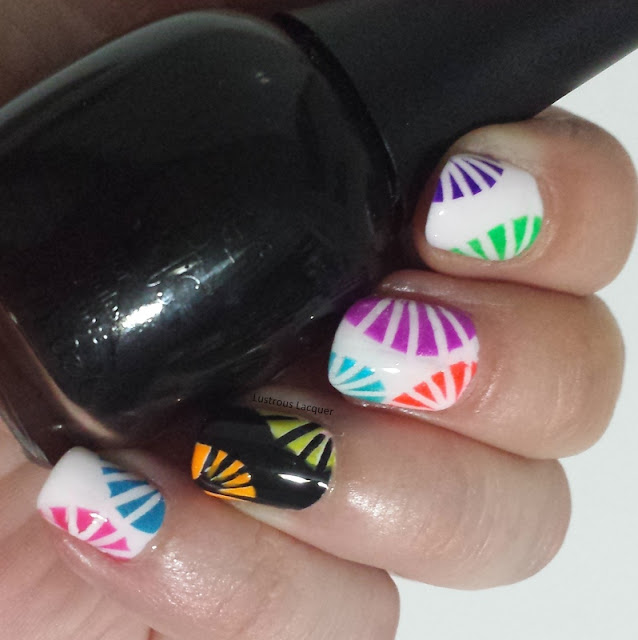 Besides being tedious the tricky part for me was putting a layer of white down under the neon parts of the accent nail. But that also happens to be my favorite part of the manicure. What do you think? Should I have stuck with my original idea and gone with a completely black base or do you like the white? Don't forget to check out what the other members of the group have come up with. Thanks for stopping by and Happy Polishing!

An InLinkz Link-up
Tape Manicure
By Lustrous Lacquer at 10:38 AM