It's the 4th week of the Untried A-Z Challenge and that means it's time for the letter D! 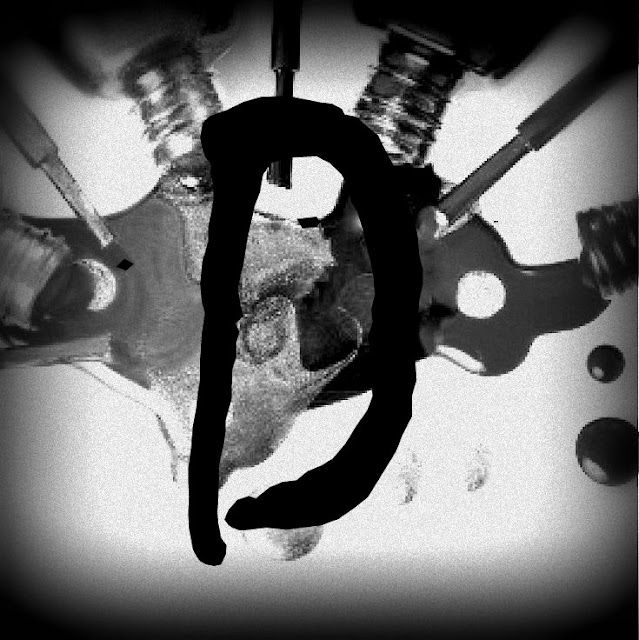 I've chosen to share another mainstream polish with you again today but have put the Sally Hansens away for awhile. This week I'm sharing Sinful Colors Daredevil a polish I've owned since 2015 when it was released in with Back to School, A Class Act collection. 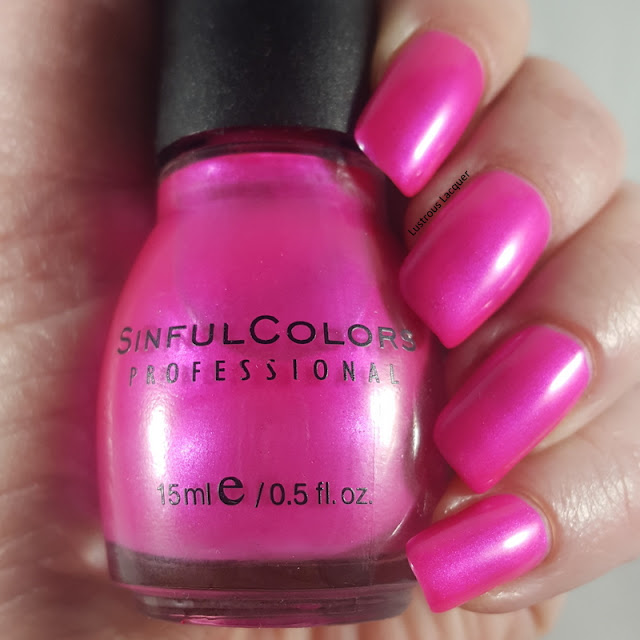 Daredevil is a bright pink nail polish with pale blue iridescent shimmer. And when I say it's bright I mean it's BRIGHT! Perfect for a hot summer day or when you just need a pick me up from the dark vampy colors we tend to wear during the winter months. 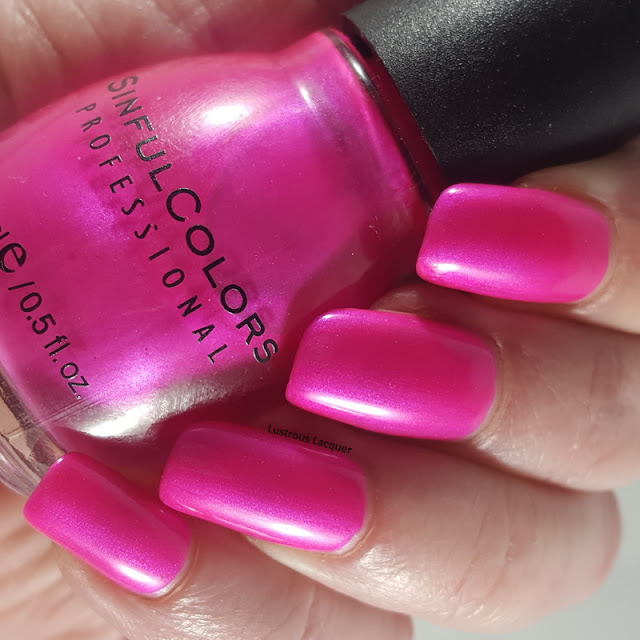 The formula on this was is nice with even coverage during application. I was expecting to get a few streaks since the polish looked so thin inside the bottle. Thankfully there were no issues with pooling at my cuticles but this polish is on the thin side. I had quite the VNL after 1 coat. Daredevil builds up nicely and I was able to reach full opacity with only two coats. Shown here is two coats plus top coat. 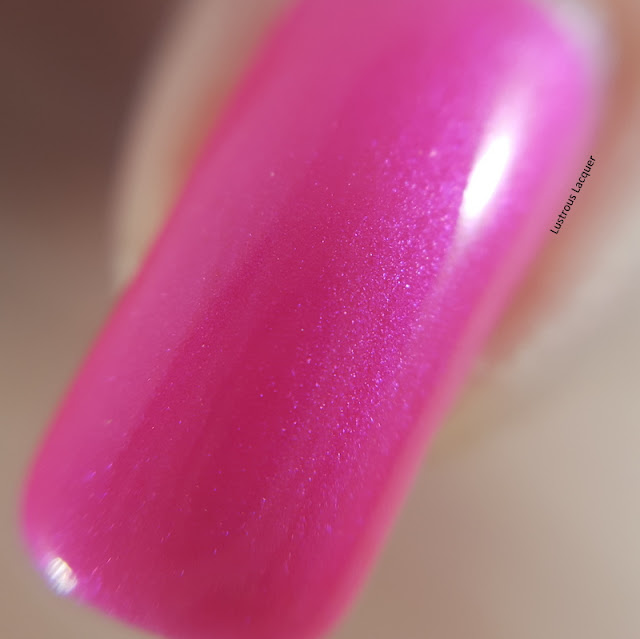 What do you think of Daredevil? Are you a fan of wearing bright nail polishes? Now let's see what other polishes people have chosen for their letter D. Thanks for stopping by and Happy Polishing!