It's been quite a while since I've shared a dupes post with all of you and I thought it was high time I changed that. Today I'll be comparing OPI's Teal the Cows Come Home and Sinful Shine's Blue Bayou. You might remember I recently reviewed Teal the Cows Come Home but Blue Bayou has yet to make it to the blog.  I'm having doubts about reviewing it mainly because it was part of an LE collection and no longer found in stores.  Then again, I have had a lot of older, no longer available polishes on the blog lately so I shouldn't really let that stop me right? 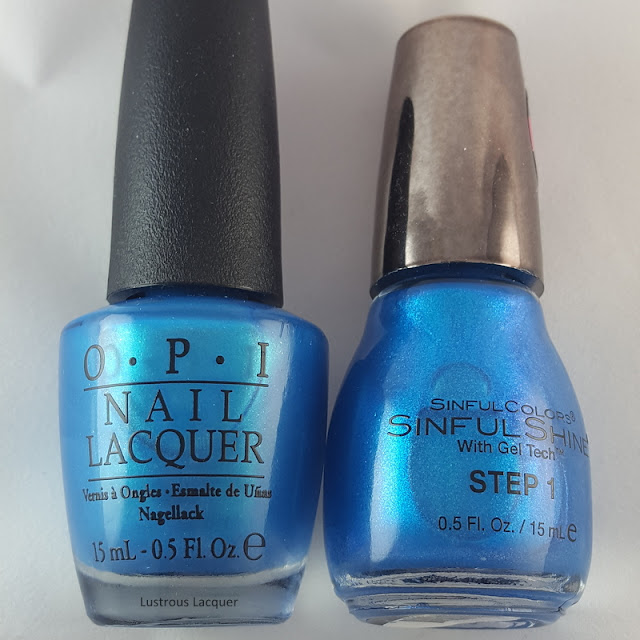 In the bottle, both colors appear to have the same blue base color. The OPI appears to have a silver and aqua shimmer while the Sinful Shine appears to be more silver and purple. But how does that translate to the nail? 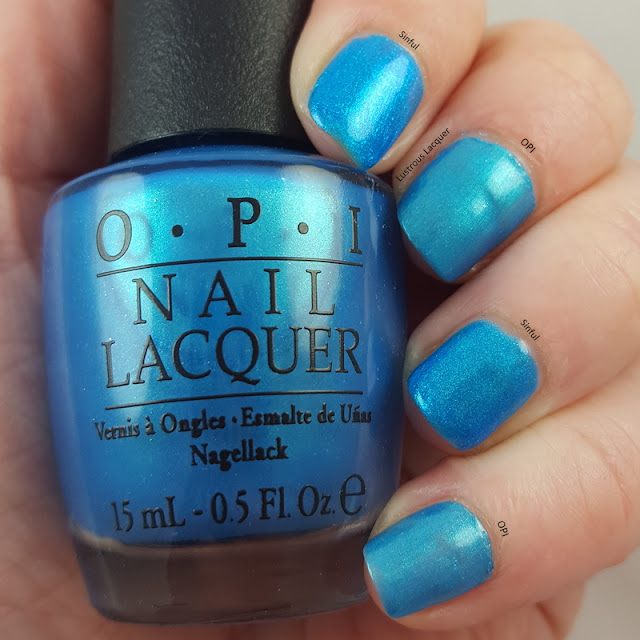 For Application, both polishes applied smoothly and evenly but were sheer on the first coat. Blue Bayou appeared to be a darker shade of blue on the first coat with a bit more sparkle and shimmer. Both polishes reached full opacity after 2 coats. Shown here is 2 coats plus top coat. 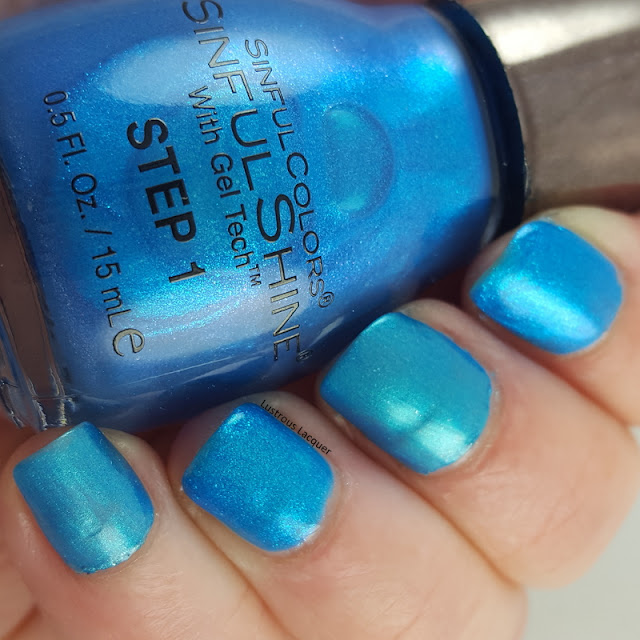 Once dried on the nail you can see that these 2 polishes are in fact not dupes. They are extremely similar but there are enough subtle differences to make them non-dupes.  Just like in the bottle they both dry with the same blue base color and a shimmery finish but that's where the similarities end. For me, the OPI has a stronger shimmer look to it while the Sinful Shine has a stronger green flash which I hadn't noticed in the bottle. Blue Bayou dries a bit darker, not much but it's enough for me to notice. 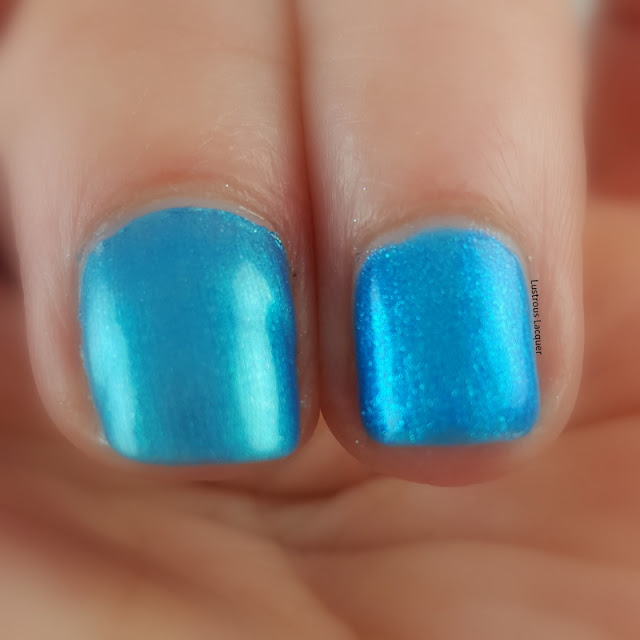 You can also see that the shimmery particles appear to be larger in the Sinful Shine than they do in the OPI.  I think this helps to hide more of the brush strokes leaving a more pleasing finish on Blue Bayou than Teal the Cows Come Home. What do you think?

Over all, I like both colors but Blue Bayou is my favorite out of the two. There are a few reasons for that and it's not just the wallet friendly price of the Sinful Shine. I like the slightly darker blue shade and the fact that the brushstrokes are less evident. Which one is your pick? Thanks for stopping by and Happy Polishing!