As some of you may know I have been on a year-long no buy. And for the most part, I have been successful, 6 months without buying a single nail polish, nail art item, or stamping plate. I was feeling pretty darn good and was sure I would be able to last the year. That was until I saw the School's Out for Summer collection from Above the Curve.

Once I started to see photos of these I knew my resolve was lost. And before I even bought them I had this manicure in mind. 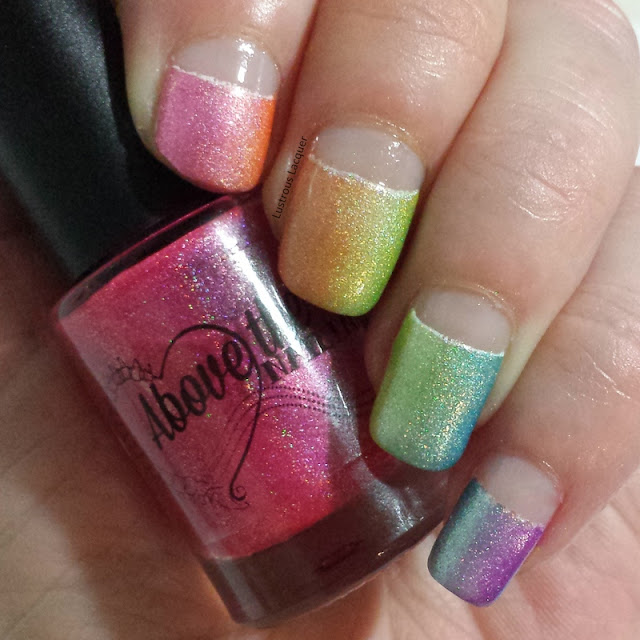 The original idea was for this to be done just on the tips but as you may have noticed my pointer finger had a minor break. So I improvised and did a sort of half moon instead.

I used french tip guides to mark off my nails and added a layer of Finger Paints Paper Mache as undies and a layer of top coat. Even though I knew better I left the guides in place while I did the gradient. I knew I would never get a new set lined up correctly and wanted to avoid that thin white line that I ended up with anyway. Some of the polish came up with the guides when I removed them causing that issue. I tried to fix it with clean up but it wasn't going so well so I left it. 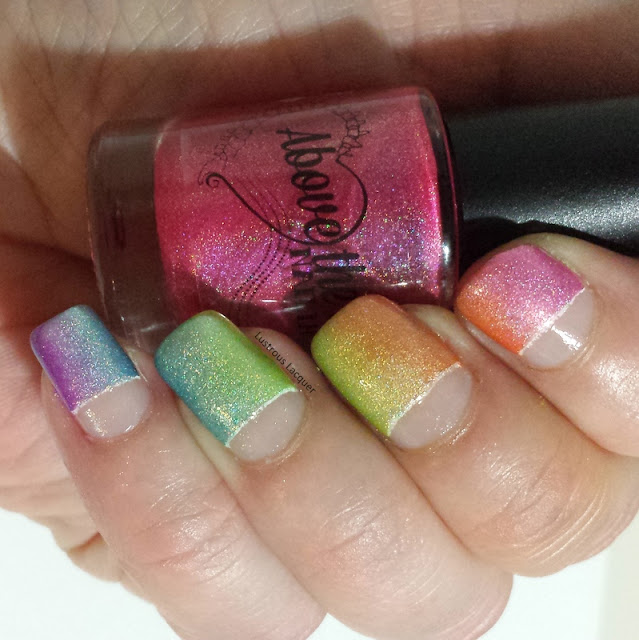 As much as that line bothers me I don't think it ruined the manicure.  And I'm not really sure how to avoid it in the future. Maybe if I try using the Crystalline Nail Veil since it has such a fine brush. What would you do to avoid this? 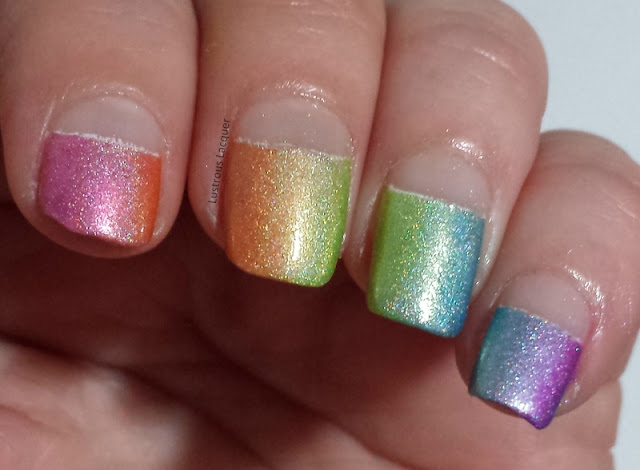 These colors are so fun and bright. I almost feel like this manicure doesn't do them justice. I plan on doing a review of each color once I get back from vacation.  (Which I am actually on as you read this.) And if my nails survive, I've cut them down some but I fear it might not be enough. I will be completely unplugged for the next week while I'm camping in the Boundary Waters Canoe Area with my kids. My blog and page will be pretty darn quiet until next Wednesday. I wanted to give you all a heads up in case you noticed my silence or were looking for the next post.

Before I sign off for the week let me leave you with one last photo of this manicure. I had to get at least one sun shot to share. Or at least as close to a sun shot as I could get between rain storms. Thanks for stopping by and Happy Polishing! 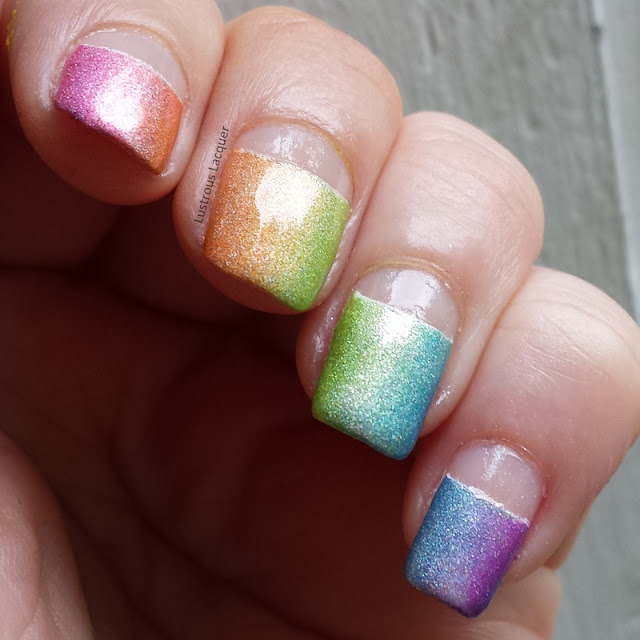 Nail Art
By Lustrous Lacquer at 6:00 AM