It's time once again for another comparison post! I just love these kinds of posts, don't you?  This time around I'll be comparing Orly Beautiful Disaster to China Glaze Flying Dragon. Both polishes are a beautiful, red-violet color often referred to as a deep tone of rosy magenta. This similarity is what caught my eye and made me wonder just how close these nail polishes really are. 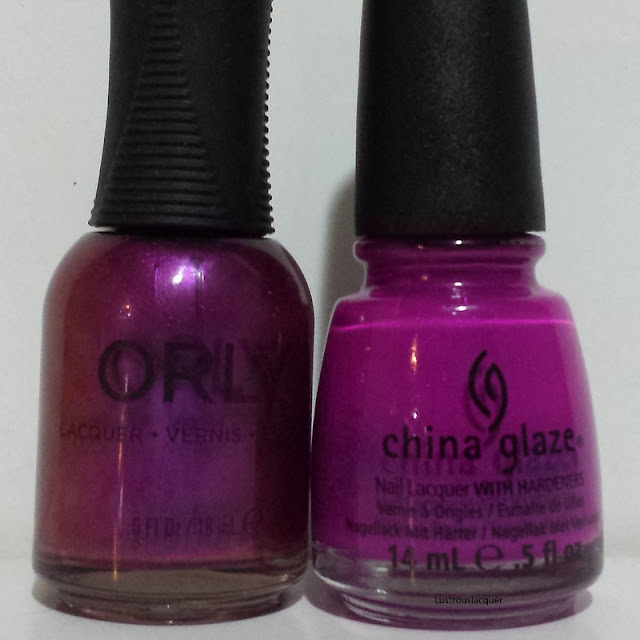 When comparing Beautiful Disaster and Flying Dragon in the bottle you can tell that these two are very close. Beautiful Disaster is a darker shade and leans more purple. But as we all know what you see isn't always what you get. Some nail polishes dry darker or take on a different undertone.At this point, I'm not convinced one way or the other if these are dupes or not. I had to investigate further.... I had to see them on my nails. 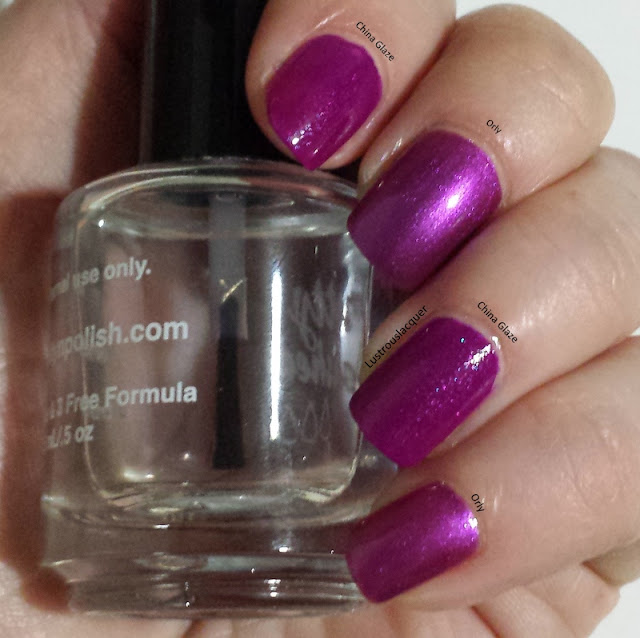 Well, there's no denying it, they are much closer on the nail but these two polishes are not dupes. I used 2 coats plus top coat for this comparison. Beautiful Disaster shown on my pinky and middle finger dries to a shimmery high gloss finish. Flying Dragon shown on my ring and pointer finger dries to a matte finish. The addition of a top coat brought out some shimmer which I wasn't expecting from a neon polish and, made the colors appear to be closer than they really are.

I decided that in order to do this post correctly I needed to show what the polishes looked like without top coat. See what I mean when I say the top coat made them appear closer than they really are. 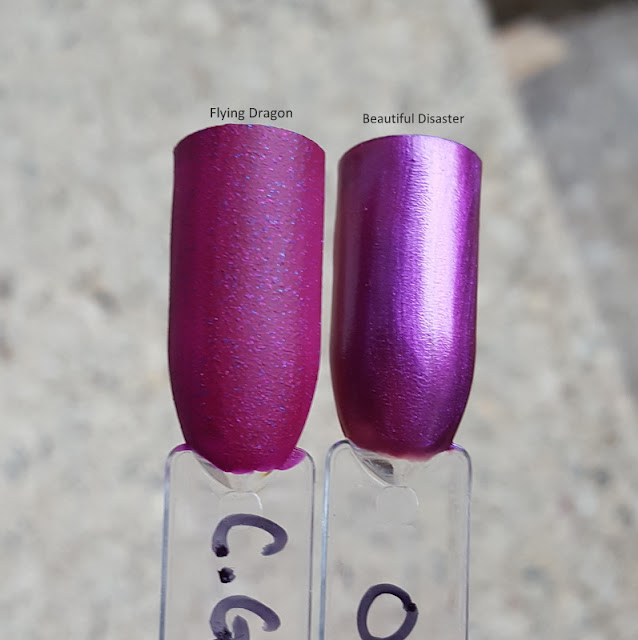 The application process was surprisingly similar. Like most neons, Flying Dragon was a bit streaky on the first coat but built up nicely with the second. As I mentioned in my previous post, Beautiful Disaster also had some streaks and patchiness with the first coat, builds up nicely after applying the second but like a true shimmer finish has a few brush strokes. 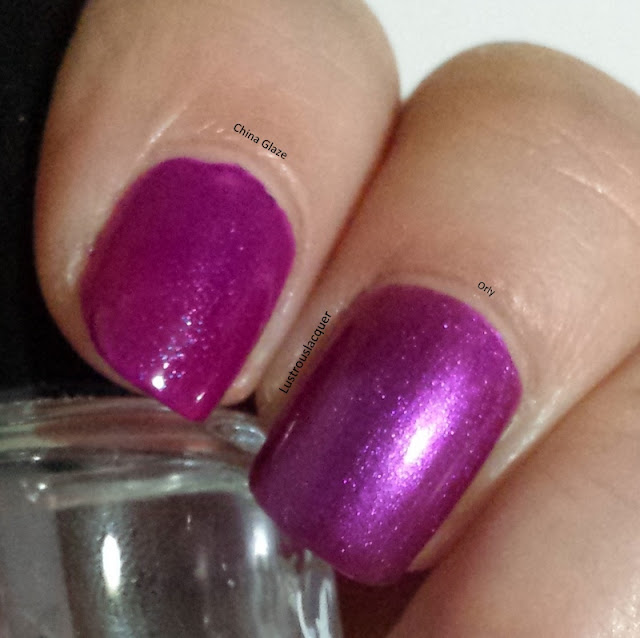 Final verdict: while these polishes have similar undertones, they are not dupes. The colors are similar shades of red-violet but the finish is what really separates these two. Which one would I buy? Both! The differences are enough that there's room in any nail polish collection for each one. And the price points are pretty much the same for each brand. My question for you is, if you could only have one which one would you choose?

That's it for this segment of Put Up Your Dupes. I'm off to look at my collection for more possible dupes. Thanks for stopping by and Happy Polishing!
Shimmer
By Lustrous Lacquer at 6:00 AM