Today I have a nail polish for you that is perfectly named for the weather we have been having here in Minnesota lately, Frost Bite by Cuttin' Edge Polish. Why is it so perfectly named? Well let's just say it was 2 degrees above freezing today and everyone was talking about what a nice warm day we were having. Yeah it's been a cold winter so far. Don't worry Mother Nature hasn't decided to spoil us, it's supposed to plummet back down to about -10 tomorrow.  That's a 40+ degree temperature swing! I shouldn't complain though because I know the east coast has had it a lot worse.

When I hear the word frost bite I think of an icy blue color with iridescent shimmer, but that's not exactly the case with this polish. There is a bit of a blue undertone, but Id say Frost Bite has more of a green tint to it with scattered holo mixed in. Not quite an aqua shade but maybe a faded aqua would be a good description? 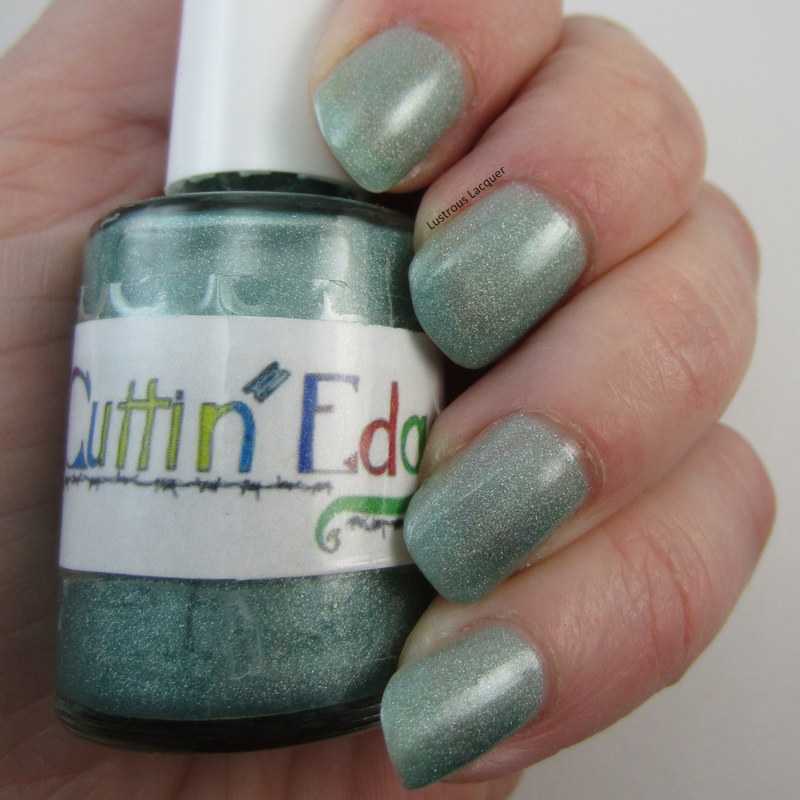 Frost bite was originally released in the winter of 2014 as part of the Frozen trio which I snatched up the minute I saw it. At the time I was almost as obsessed with the movie as my kids were. Now the novelty has worn off a bit thanks to my daughter singing Let it Go almost daily and my Son's joining in when it comes to Do you want to build a snowman. The novelty of this polish is still there though.

As you can see it is a bit sheer. This is 3 coats plus top coat. I'm not a big fan of VNL but this one is subtle enough that it doesn't drive me crazy. Plus I used this as the base for my swan manicure back in December so most of it was covered.  I would layer it over another color next time instead of trying to build it up. 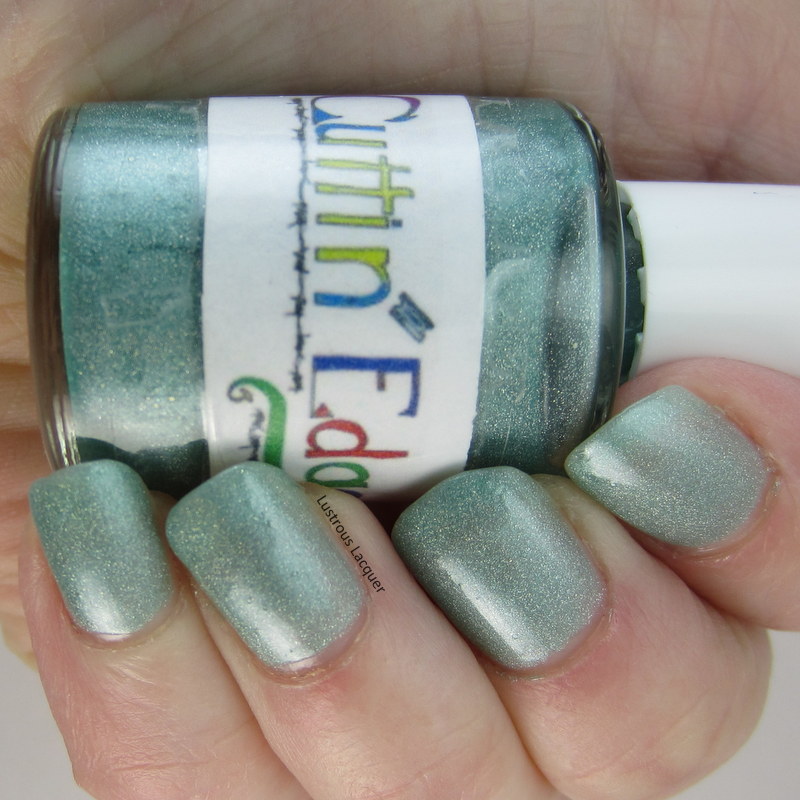 Application was easy and smooth with no pooling at the cuticles. I tend to get the pooling issue with sheer polishes but the consistency was just thick enough with this one to avoid that.  For a scattered holo the intensity is only sub par but I feel like if there was more it would take away from the icy, frozen feeling.

The Frozen trio was limited edition and is no longer available but there are some other fantastic color available online if you'd like to give this brand a try. I think there are even some holiday colors on clearance. Thanks for stopping by and Happy Polishing!

Scattered Holo
By Lustrous Lacquer at 6:00 AM